Trieste and the Friuli-Venezia Giulia Region

Trieste and the Friuli-Venezia Giulia Region

Friuli-Venezia Giulia (FVG) is one of the smallest and one of the most beautiful and varied Regions of Italy, situated to the far north-east corner with borders to Slovenia and Austria.

Beyond having an extraordinary culinary offer, why visit Trieste and the Friuli-Venezia-Giulia Region?

First, you may want to read Lonely Planet's article: Why Trieste will be Italy's next big destination?

This small healthy region is well-organized and has all that the country has to offer within short distances: sea, beaches, lagoons, mountains, hills, historic villages, cultural cities, lakes, rivers, rich culture, five UNESCO World Heritage sites. Many traces from the fierce battles of the First World War. FVG is free from the overcrowded mass-tourism that you will suffer in many other places. A new area to be discovered and enjoyed. Through the history this region has been where Latin, German and Slavic cultures have met, a melting pot. An area with important cities of the Roman Empire.

Despite many recent articles in the international press naming Trieste and the FVG as a top tourism destination to be explored, the area is still a relatively unknown area. Lonely Planet, Conde Nast, Bradt, New York Times, Le Monde, The Guardian and very many more have written excellent stories from this area. For you to discover.

Italian, Slovenian and German are the languages spoken but the younger generation handles English well.

Being in Mittel-Europa, FVG and Trieste is a perfect base to discover Istria in Croatia, Slovenia and Venice.

Trieste, under the Habsburg Dynasty from 1382 to 1918, was one of the key cities of the Austrian Hungarian Empire, as it's imperial port. With it's beautiful palaces and squares at the sea, historic cafés and promenades that will impress you, it is known as the Vienna at the sea. In 2019, Trieste scored as city no.4 in Italy for its leisure offer. And no.2 for its offer and practicing of sports.  Italy’s most cosmopolitan city, and the newest; it only became part of Italy in 1954. 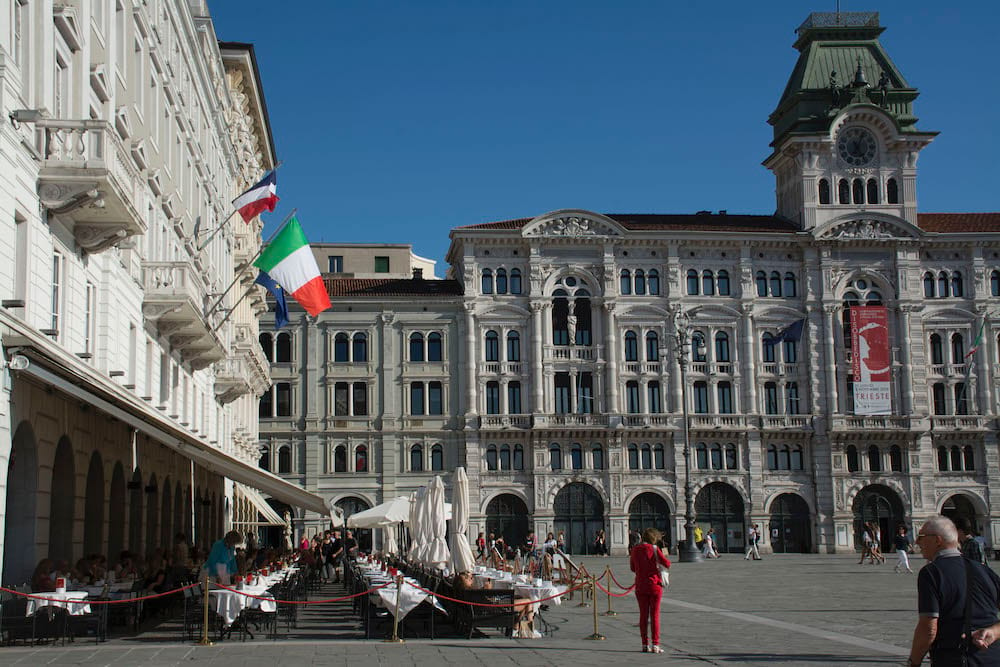 Trieste has more than 700 cafes and bars for it's 200.000 inhabitants, and you. The Piazza Unità is the biggest sea-facing square in Europe. The Grotta Gigante is in Guinness Book of Records as the biggest visitable cave in the world. The Miramare Castle and the Duino Castle overlooking the sea are very picturesque.

There are three culinary trends in the area: Central-European, Venetian and Slavic which merge in the various dishes offered. The typical regional flavors appear in a variety of recipes. Not to forget the top quality wine and olive oil. The white wines are among the very best of all Italy, and the red ones are of increasing quality.

As said, Trieste was the imperial harbor of the Austrian-Hungarian Empire. The orchestra’s from Vienna played the Radetzky march on the squares of Trieste. Beethoven had strong ties to Trieste and the region through his mistress, seafood and wine. The first Opera House in the world named after Guiseppe Verdi is in Trieste. The world's coffee prices were fixed in Trieste, the biggest coffee harbor of the Mediterranean Sea and home to among others Illy Coffee. 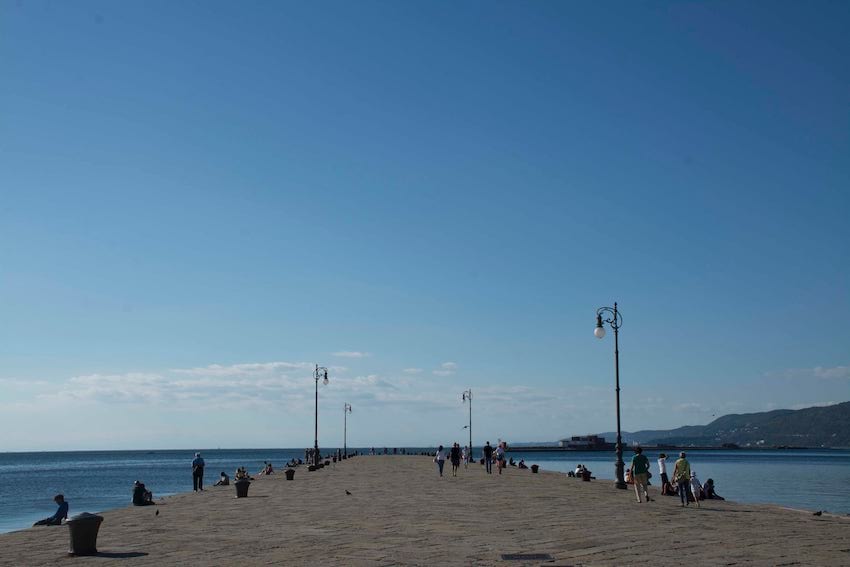 Many great writers have lived in Trieste, among them James Joyce, Umberto Saba, Italo Svevo, and Carl Marx knew well and wrote a serious of articles about Trieste and its port, today a leading port in Italy.

Another part of Trieste’s recent history is its ‘spy capital’ role during the Cold War, being only meters away from the iron curtain. Trieste has kept one ‘curtain’: in the Pedocin bath, men and women are separated by a wall going into the sea.

Trieste is a multi-religious city and it hosts the second largest synagogue in Europe and a large variety of churches and places of worship.

Beautifully located at the sea, Trieste hosts the biggest sailing regatta in the world according to the Guinness Book of Records; In 2018 the Barcolana, had 2,168 boats on the one starting line. 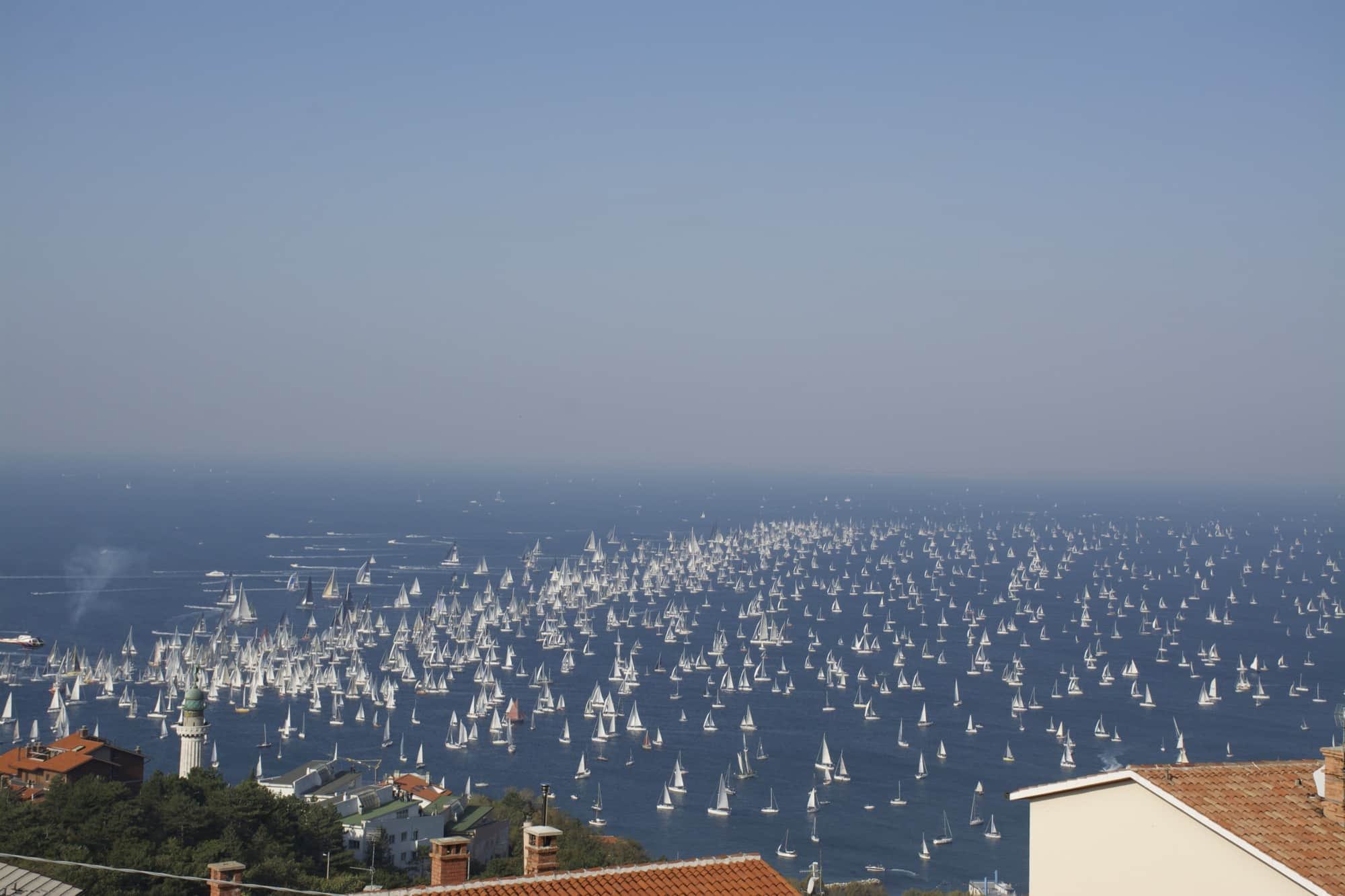 Trieste is a science and research hub with a very large density of scientists.

Grado is a well-known beach resort and medieval fishing village, on the seafront of its large lagoon.  In the old town is the St. Eufemia Basilica dating back to 579. Grado holds the Italian record of having received 31 times the Blue Banner for clean beaches.

Aquileia had 300.000 inhabitants in the 3rd century and was one of the major Roman cities. All the wine of the Roman soldiers was produced here. The Santa Maria Assunta Basilica has the biggest preserved Roman mosaics. UNESCO World Heritage Listed. Aquileia was destroyed by Attila and his troops.

Palmanova looks like a snowflake seen from above. It is a fortified city that was much strengthened by Napoleon. UNESCO World Heritage Listed.

Pordenone has a history of having been first under the Habsburgs, then the Republic of Venice. In its historic center is each year organized the important literature festival Pordenone Legge with the presence of many important international authors. Pordenone is known as a center for industrial production with many whiteware factories. The mountains rise just behind the city, with beautiful winter sport and trekking sites, lakes and rivers. 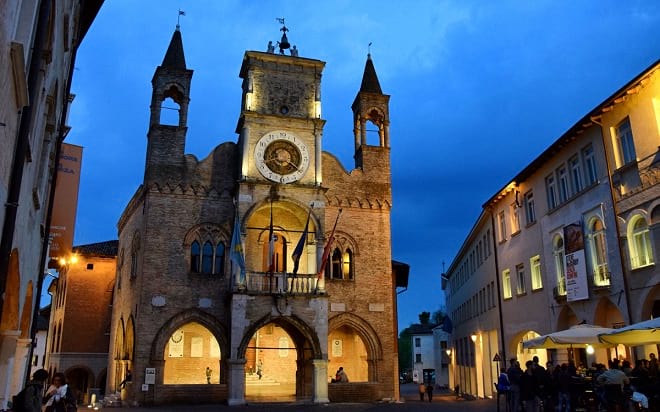 Udine has a compact, lively center. During history, Udine remained under Venezian influence while Trieste was under the Austrian-Hungarian Empire. The respective architectures demonstrate this. From the Udine Castle, there is a nice view of the first Dolomite Alps a few kilometers to the north. The central Piazza della Libertà has renaissance buildings, including the pink-and-white marble Loggia del Lionello and the Clock Tower. Udine Cathedral has a baroque interior and a museum of religious decorative arts.  Tiepolo, the great painter, did several masterpieces there which can be seen in the Cathedral and the Palazzo Patriarcale.

Cividale is north-east of Udine. It was the first capital of the Longobards. The city has preserved a strong medieval character and has interesting sights to propose, among those the Devil’s Bridge.  The Longobard Temple is on the UNESCO World Heritage List.

Cormons is seen as the wine capital of Friuli. It is in the midst of the beautiful, hilly landscape of Collio with wines filling the horizon. The white wines from this Collio area and from the area towards Gorizia are among the very best white wines in all of Italy.

Gorizia was a dear place for the Austrian-Hungarian noble families, that built impressive villas and gardens there, still to be seen. Gorizia was, even more than Trieste, and Udine, a cultural border city between the Slavic, German and Latin people and languages. From 1947, like Berlin was split into two parts, Gorizia being on the border between Italy and Yugoslavia/Slovenia, was split, in the middle of the PiazzaTransalpina. Since Slovenia joined the Schengen Area in 2004, there are again no borders.

The Friulian Dolomites are the most western mountain area of Friuli-Venezia Giulia. The high degree of wilderness that they still retain means makes them the most untouched area of the entire Dolomites massif, and they are now a UNESCO World Heritage site.

You may read more about the Region on the rather informative blog-site Miss Claire.

The recommended airport is Trieste Airport, well served by Alitalia from Rome and Lufthansa from Munich, Frankfurt, Cologne. Alternatively, fly to Venice, Treviso or Ljubljana, however, these airports will entail longer transfers via the highways or train.

Keep in mind, here you will avoid the metropolitan queues and stress of the historic tourist destinations in Italy.

You will be surprised!